The news has been blowing up recently with reports that Iran may have been behind an attack on a Saudi Arabian oilfield and processing facility. Secretary of State Mike Pompeo was among the first to point a finger at Iran, claiming that all evidence pointed to Iran’s involvement. Now, the U.S and Iran are back on the brink of conflict in what has been a tumultuous year. With conventional warfare an unlikely option, the U.S. and Iran could be gearing up for a full-on cyberwar.

When considering the events of the past week, it is important to examine the background of the conflict to contemplate where the countries will go from here. The current tensions with Iran can be partially linked back to the United States withdrawing from the Joint Comprehensive Plan of Action (JCPOA) in 2018. President Donald Trump’s decision to renege on the deal frustrated scholars and policy practitioners alike. According to a TRIP poll conducted in 2017, 94% of scholars disapproved of Donald Trump withdrawing the U.S. from the nuclear agreement. 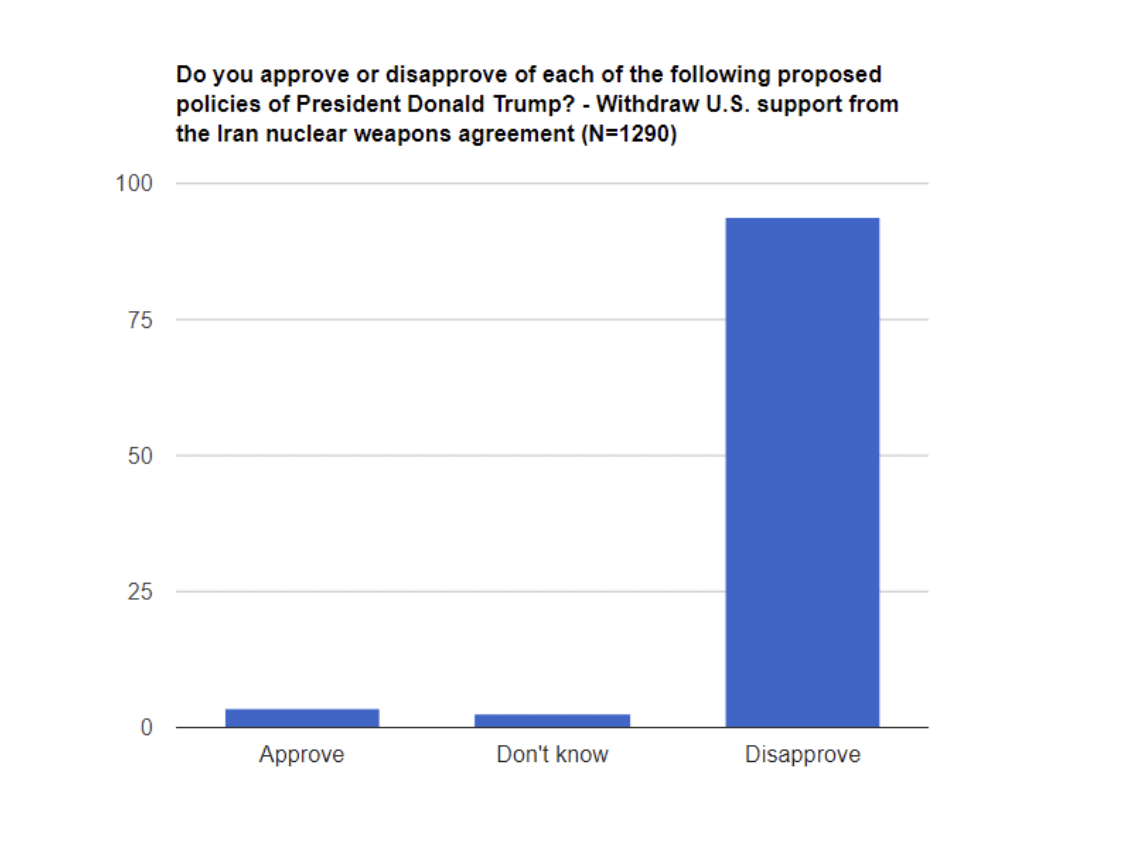 Here is where cybersecurity enters the picture. Scholars have said that cyberwarfare would be a major threat for years. In the same 2017 TRIP poll, scholars placed cyberwarfare as one of the top five foreign policy issues facing the U.S. today. When asked about the threat potential of cyberwarfare, 51.93% of scholars noted a cyberattack from another country was a “major threat,” compared to a minor threat or no threat at all. 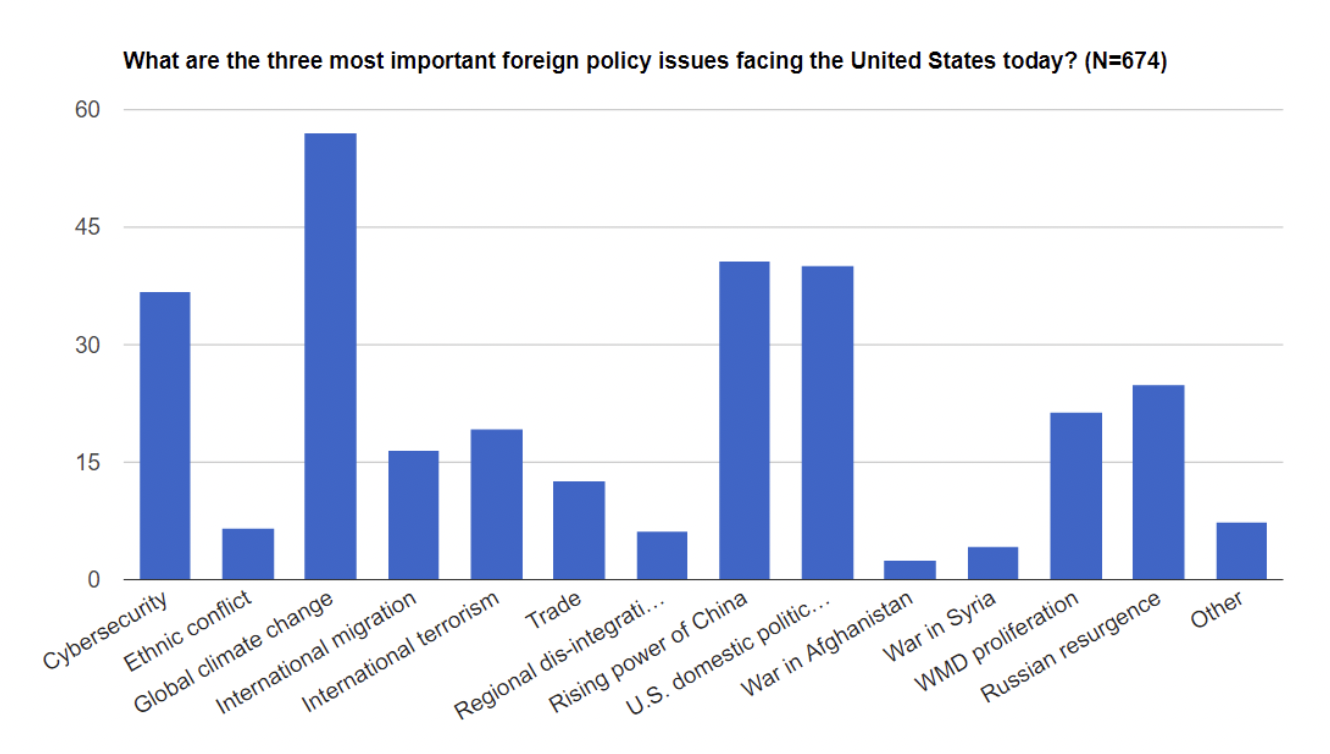 Tying this information back to Iran, the vast majority of scholars said international agreements were somewhat effective or very effective at achieving the foreign policy goals of the United States. These statistics stand in sharp contrast to a militaristic approach. Over 79% of scholars said military interventions were either “not very effective” or “not effective at all” in achieving foreign policy goals. Clearly, this data suggests that scholars would prefer a diplomatic approach like the JCPOA over military excursions, including cyberattacks. However, it now seems like current events are trending in the opposite direction.

On June 13, 2019, Iran attacked two oil tankers near the Strait of Hormuz, angering the U.S. and its allies. After saying the U.S. was “locked and loaded,” President Trump backed down from his threats to strike back, or so it seemed. More discreetly, the U.S. carried out several cyberattacks against Iranaian targets, focusing on groups that helped carry out the attack. The cyberattack was not the first time the U.S. had targeted Iran. The US/Israeli-made computer virus “Stuxnet” damaged Iranian computer programs in 2010, infecting over 200,000 computers.

The difference between 2010 and 2019, though, is that Iran now has the potential to strike back. The 2019 Worldwide Threat Assessment stated that “Iran continued to present a cyber espionage and attack threat” to the U.S. The report further stated that Iran “is capable of causing localized, temporarily disruptive effects – such as disrupting a large company’s corporate networks for days to weeks.” The report refers to an example where Iranian hackers hit a petrochemical plant in Saudi Arabia, attempting to trigger an explosion. It now even seems that Russia has helped Iran improve its hacking abilities.

As previously noted, scholars believe international agreements are more effective at resolving conflict than military interventions. However, the JCPOA is no longer on the table and it does not seem like the U.S. nor Iran are willing to renegotiate the deal any time soon. Iran’s increased technological capabilities, combined with the U.S. relying increasingly on cyberattacks instead of conventional warfare, leaves the two countries in a precarious position. A cyberwar presents high risk for low reward. Indeed, a cyberwar may just escalate to a full on war. Both countries should figure out a path forward through another diplomatic agreement, not through pernicious lines of code targeted at the other.

Peter Leonard graduated from William & Mary in 2019 with degrees in Government and History. He is currently pursuing his master’s degree in secondary education at William & Mary’s School of Education, as he wants to be a high school Social Studies teacher. Peter loves hiking, playing ultimate frisbee, and watching baseball (he’s been a diehard Rockies fan since birth and was raised in Colorado.) When it comes to International Relations, Peter is interested in how regime type and structure impacts how a government functions and how accountable the government is to its people.