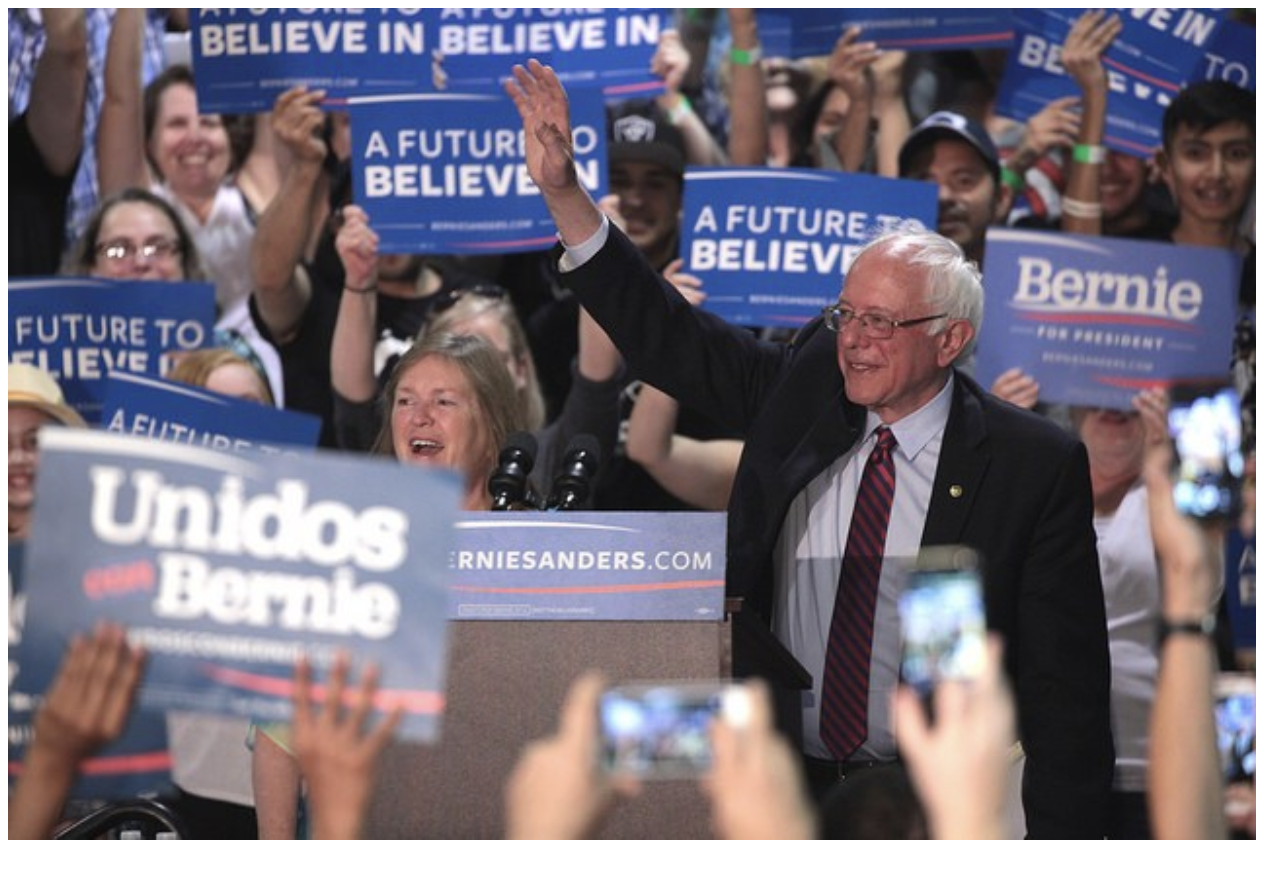 With the defeat of President Donald Trump in the recent U.S. presidential election and the apparent end of “Trumpism,” a political era and ideology defined by an exclusive conception of nationalism, populism, and conspiracy; one might expect things to return to business as usual under the presidency of Joe Biden. Business as usual refers to the political phenomenon that has shaped U.S. domestic and foreign policy, as well as the greater global economy since the 1970s: neoliberalism.

“The election of President Trump in 2016 is a key demonstration of the failings of neoliberalism.”

Neoliberalism as an economic concept can be characterized by free-market capitalism, privatization, deregulation, and societal freedom from government intervention. However, American neoliberalism has reached beyond the scope of laissez-faire economic philosophy, as it has been expanded to a paradigmatic lens for academics and policymakers to view international relations. Neoliberalism has thus contributed significantly to the consolidation of a formalized global economic market, as well as U.S. foreign policymaking in the past 50 years. While many see globalization and the dominance of neoliberal ideology as a resounding triumph for not only the U.S. but also for the greater global community, the election of President Trump in 2016 is a key demonstration of the failings of neoliberalism.

Neoliberalism and the Presidency

The political bases of President Trump and conversely, Senator Bernie Sanders, represent anti-establishment views and appeal to their supporters using rhetoric that rejects the U.S. neoliberal status quo from opposite sides of the political spectrum. Some might argue that Trump’s election and subsequent political ideology are a rebuke of neoliberalism and the current global order, however, a more realistic assessment would be that Trump’s presidency is merely a symptom of neoliberalism. Despite his untraditional rejection of multilateralism, Trump himself is an unabashed neoliberal. While his campaign rhetoric of “America first” and his loyal base, many of whom have been left behind in the era of globalization, represent a reproach of neoliberalism, the policy actions of his administration prove otherwise. Outside of his approach to trade, Trump continually pushed for capitalist, free-market policies on a domestic and international scale, as well as engaged in a spend-heavy, neoliberalist approach to the U.S. military budget throughout the duration of his presidency.

Examining the key international consequences/ trends that have emerged as a result of neoliberalism is a good foundation to understanding the pushback against it. This is not an exhaustive list and it is often difficult to distinguish events as the result of neoliberalism or other global phenomena that can be examined through a neoliberalist lens. Additionally, it is equally difficult to look at these results in the context of U.S. foreign policy as this analysis often obscures what is a deliberate policy choice and what is merely an accidental, yet consequential result of neoliberalism. Despite these limitations, my interpretation of the most consequential outcomes of the neoliberal era of U.S. foreign policy is as follows.

Neoliberalism arguably emerged as the leading U.S. foreign policy paradigm due to a key tenet of neoliberalism: globalization. The connections made through the increased financialization of the global economy, as well as the establishment of a neoliberal world order, laid the groundwork for widespread U.S. intervention following a neoliberal philosophy.

Following the collapse of the Bretton Woods System, a new political-economic world order emerged that called for the deregulation of global markets through capital control abolition and competitive deregulation. This seismic shift away from embedded liberalism and government intervention in the international monetary system led to unprecedented economic growth by not only more developed countries like the U.S. and U.K. but also by emerging markets such as Japan and China. This hands-off approach resulted in stunning economic growth for many, but ultimately, also increased inequality for others, primarily in the developing world.

Other significant consequences such as the increased role of private funding in international development, as well as the rise of the contractor state, have emerged as problematic policies from neoliberalism. Through funding mechanisms, the private sector has been able to exert significant influence in the development space, which presents some ethical concerns surrounding these projects. Similar to the issues presented by the privatization of development, the outsourcing of government responsibilities to the private sector has led to the creation of the military-industrial complex. This environment has resulted in a cycle that commodifies military action and violence in which an overseas deployment, that could’ve been prevented through diplomatic action, results in someone receiving a large check.

The shared theme between these consequences of neoliberalism is the idea that human-focused policy (i.e. military and development) is driven primarily by economic incentives. Why is any of this actually bad for the United States or the world? Well, when human-centric policy is driven by cost-benefit analysis rather than a qualitative assessment of how it will impact lives, people are thus commodified and valued primarily by what they consume or produce. This is especially dangerous in policymaking as it dehumanizes issues that should focus on helping others/ preventing harm, but are now essentially economic issues due to neoliberal thinking.

Another major issue posed by neoliberalism is the global platform/ influence that has been given to anti-democratic countries with spotty human rights records. Neoliberalism, for the most part, has maintained U.S. hegemony on the global stage but has also meant the beginning of the end of U.S. unilateralism. When the U.S. decided to de-commit from the gold standard, thus throwing off the international monetary order consisting of currencies pegged to the USD, it guaranteed that it would no longer be the center of the global monetary system in the future. While the U.S. has, for the most part, retained its hegemonic position throughout the period of neoliberalism, we are now seeing the rise of a multipolar system where rising powers such as China, also exert significant influence over the global monetary relations and even global political attitudes. If China continues on its projected path of economic growth, neoliberalism might contribute to another dramatic realignment of the global order, potentially one with a non-democratic country at the helm. The rise of China as the new economic center of the neoliberal world order would afford the ruling Chinese Communist Party the platform to potentially convey anti-democratic values on a global scale.

What the Scholars Think

Two TRIP Snap Polls demonstrate scholarly support for neoliberal governance, based on their preferences for certain presidential policies. In Snap Poll 14 (October 2020), scholars were asked “to what extent would U.S. foreign policy differ between Trump and Biden in the following areas?” with categories spanning from international trade to human rights. Results show an estimated 89.3% difference in Biden’s engagement with multilateral organizations, 83.4% difference in management of military alliances, and 66% difference in trade relations.

High engagement and cooperation with international, multilateral organizations such as the World Trade Organization or the United Nations is a key facet of neoliberalism. Additionally, regional military collaboration, specifically with the North American Treaty Organization, works to uphold U.S. hegemonic military power as a key element of neoliberalism.  In Snap Poll 15, 93.65% of scholars grading Biden’s performance in alliances and international organizations policy between A and B+ with a mean score of 3.56 (falling between an A- and B+). From these findings, is clear that Biden’s multilateral and thus neoliberal approach ranks better with scholars than Trump’s America-first strategy. Based on scholarly approval of these neoliberal approaches, we can infer that scholars are still in favor of neoliberalism’s influence over U.S. foreign policy, especially related to military and international organization engagement.

Additionally, scholars’ predictions of a 66% difference in trade relations signal that scholars assumed Biden would take a less protectionist and more neoliberal approach to trade, in contrast to Trump’s “trade war” and high tariffs. In regards to scholar’s views on how Biden has actually performed after his first 100 days (found in Snap Poll 15), we see that 67.25% of scholars at least somewhat approve of Biden’s handling of international trade (15.67% strongly approve, 51.49% somewhat approve). These results indicate that so far, scholars approve of Biden’s neoliberal approach to international trade, and are not opposed to neoliberalism in the Biden presidency.

In Snap Poll 14, we see that scholars tend to disapprove of Trump (compared to Biden) with 93% of scholars stating that their foreign policy views align more closely with Biden and only 4% of scholars stating that they would vote for Trump. However, the disapproval of Trump does not necessarily signal that Trump and Biden are opposites when it comes to neoliberal governance. Snap Poll 14 also shows mixed responses to the question of: “to what extent would U.S. foreign policy differ between the two in the following areas?” For economic areas such as trade and exchange rates, as well as the use of military force, there is no majority of scholars expecting significant change in Trump vs. Biden’s policies. The assumption that Trump and Biden’s approach to economic governance and military action might be similar, as well as the actions of the previous administration, show Trump’s tendencies to follow the neoliberal approach in some issue areas. 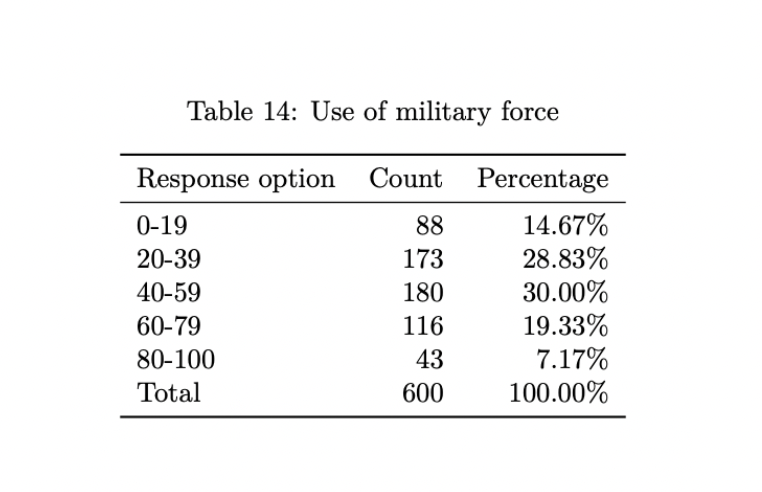 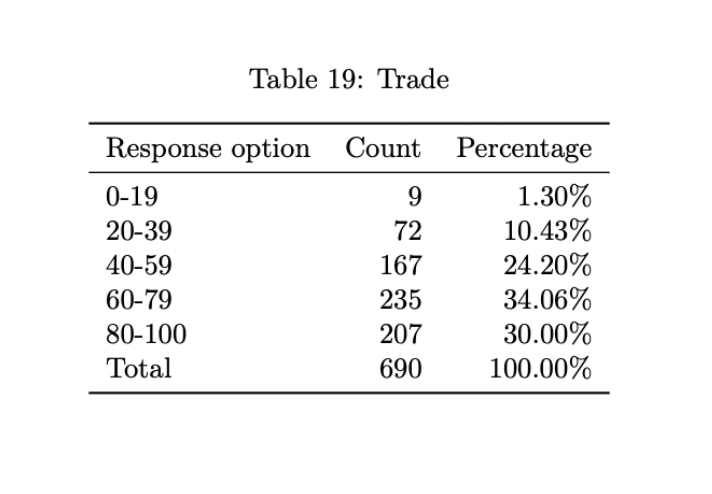 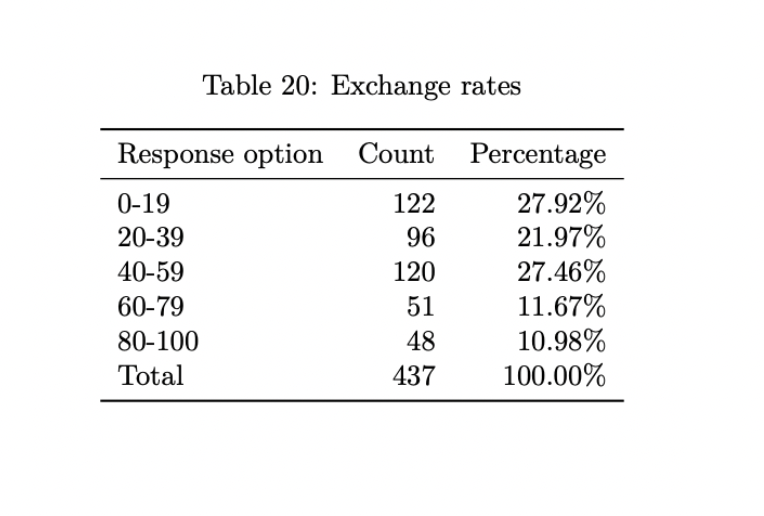 Here to Stay (for now)

An important question we must ask ourselves now that we have seen the ideological shortcomings of neoliberalism through some of its key consequences, should a new global paradigm replace neoliberalism? With increased pressure from the working class right and anti-capitalist leftists, is it time for the U.S. and other global adherents to rethink the ideological basis by which they govern and approach global relations? Or, despite the outlined consequences, perhaps scholars’ support for Biden’s neoliberal policies indicates that scholarly opinion is more influential than public pushback in terms of crafting foreign policy, signaling the continuance of neoliberalism.

My analysis of these snap poll findings even in the context of neoliberalism’s problems is that they signal the continuance of neoliberalism with minimal scholarly or mainstream disapproval. However, this does not mean that future U.S. leaders will be able to sustain the neoliberal world order forever. With the potential of a bipolar world order due to the rise of China combined with popular disillusionment of the status quo post-Trump presidency, I believe that a seismic change is eventually inevitable. Arguments against development privatization, the contractor state, and the financialization of the global economy may not be widespread, but leftist political figures such as Bernie Sanders or Ayanna Pressley are beginning to call more attention to the issues with these policies and the downfalls of neoliberalism. On top of that, U.S. voters have already expressed their discontent with globalization in the 2016 election, either by voting for Bernie Sanders in the Democratic primary or for Trump in the general election. As noteworthy academic Professor John J. Mearsheimer once proclaimed “liberal hegemony is a bankrupt strategy,” and it will be interesting to see if an entirely new ideology will eventually emerge in neoliberalism’s place.