It was a big week on the campaign trail. Democratic Presidential hopefuls met for the first time to discuss campaign trail issues over two nights in Miami. The TRIP team took the time to watch the debates and we noticed something: Both nights were dominated by discussions of domestic issues. While these issues are important and give voters insight into candidates’ views about the current state of our nation, the debates were lacking in their discussion of U.S. foreign policy. 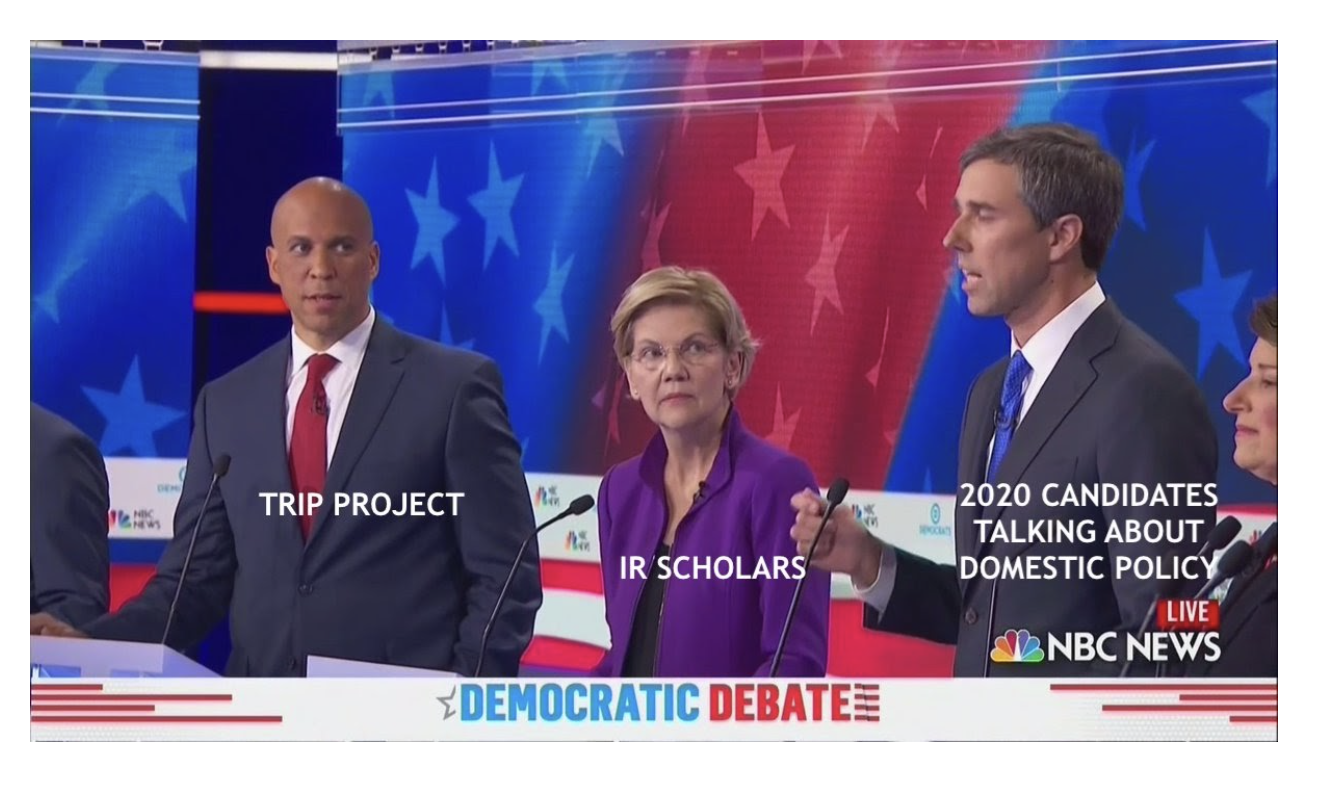 While it’s early yet in the Primary season, we can still expect for there to be fewer discussions of foreign policy this electoral cycle. Foreign Policy published an article after the debates that claimed that foreign policy questions have been in decline for democratic hopefuls since the 2008 primaries. Here at TRIP, we discovered that our own data may support this claim. For example, in the most recent iteration of TRIP’s snap poll fielded in late 2018, we asked IR scholars their thoughts on Trump’s strategy for denuclearizing the DPRK. 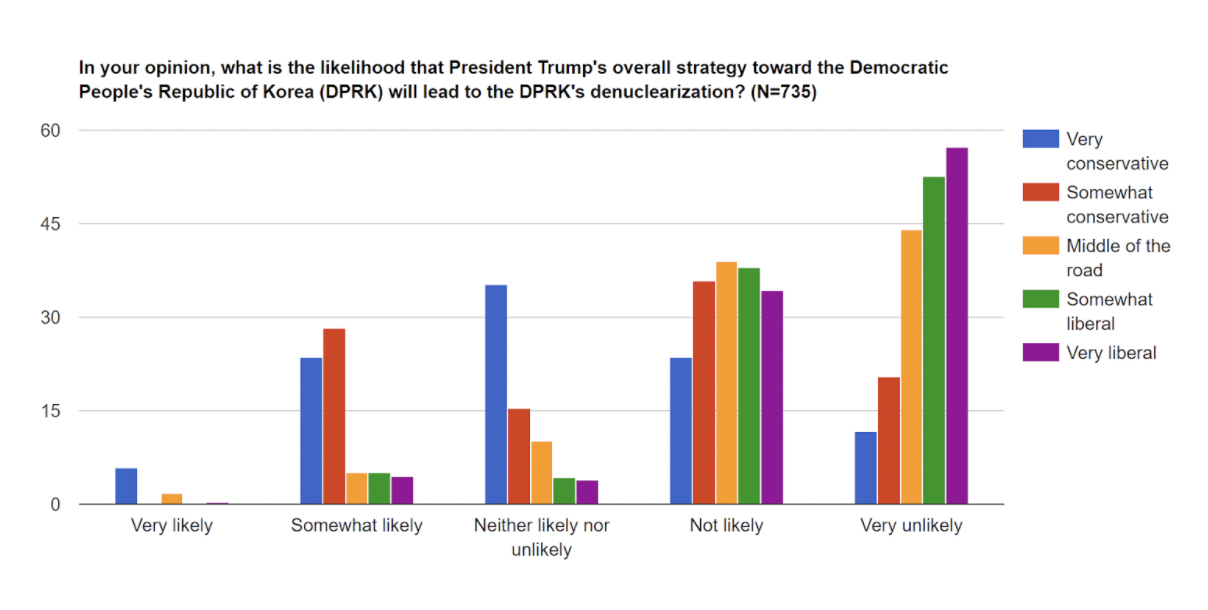 Near the end of Night 1’s debate, Moderator Chuck Todd asked the candidates if they would reenter the Iran nuclear deal (JCPOA) if elected. All but one candidate said they would reenter the deal (the exception was Cory Booker, who notably did not reject the idea of a treaty with Iran but rather stated that he would first renegotiate the deal before reentering.) TRIP’s data shows the same trend as the North Korean question, with scholars who identify as conservative equally responding (40%) “Positive Impact” and “Negative Impact” to the question: “What impact will the nuclear agreement signed by Iran and the P5+1, formally known as the Joint Comprehensive Plan of Action (JCPOA), have on regional stability in the Middle East?” 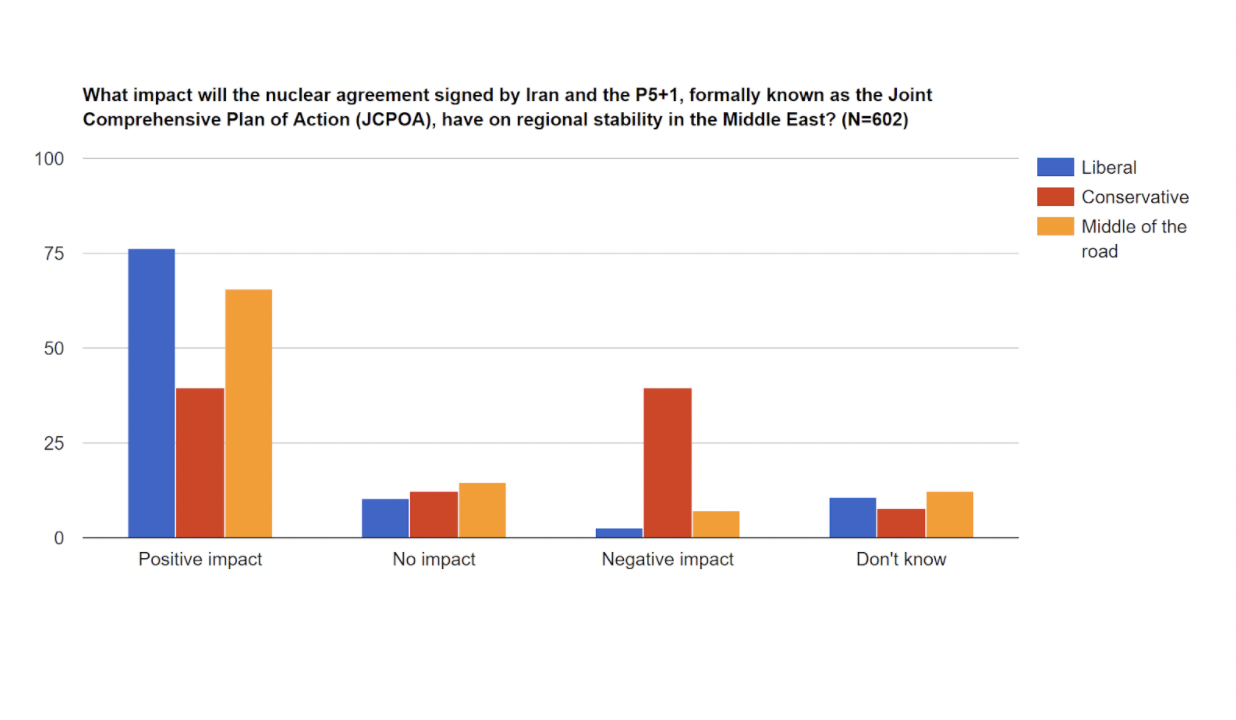 As primary season carries on and the number of contenders dwindles, we will hopefully see more discussions of global issues. The TRIP team will continue covering the primaries and the road to Election Night 2020. Stay tuned for IR student perspectives and more TRIP data.

Moira Johnson is a senior at the College, majoring in Government and minoring in Physics. She has worked at TRIP since August of 2018. Her interests include Middle Eastern conflicts, Nuclear Proliferation, and the U.S. Intelligence Community.