On Wednesday, October 23rd, the police in Essex County, England found 39 dead bodies inside a container truck after receiving a call for an ambulance. The truck was found at the Waterglade Industrial Park in Grays, about 25 miles east of London. While the identity of these people and the reason for their deaths remained mysterious at first, the police soon claimed that the 39 people found dead in the truck trailer were believed to be Chinese citizens who were victims of human trafficking. The hasty conclusion of the local police raised concerns of the Chinese government towards the incident. As a statement by the Chinese Embassy in Britain says, “We read with heavy heart the reports about the death of 39 people in Essex, England. We are in close contact with the British police to seek clarification and confirmation of the relevant reports”. However, as the investigation went on, the police found that the people found dead in the truck were from Vietnam, not China. 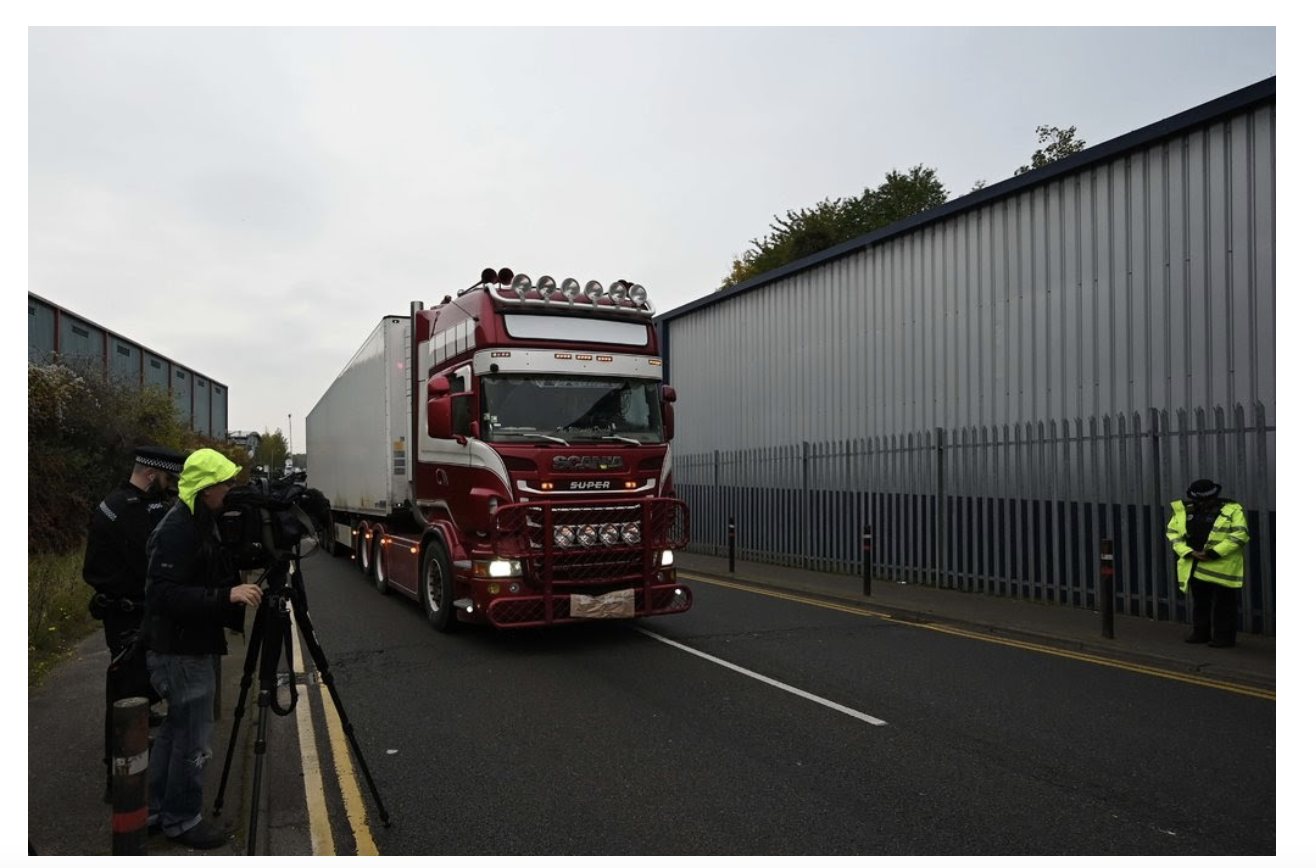 The truck in which the 39 bodies were discovered in Grays, east of London, was driven to a secure location for further investigation on Wednesday. CNN.

Despite the debate over the nationality of these individuals, the reason for their death became clear after the investigation. As the local police retraced the fatal journey of the people in the truck, they realized that this was another tragedy related to undocumented immigration. While many details surrounding the deaths still remain unclear, this incident reflects further social and human rights issues related to the inflow of migrants into the developed western countries from underdeveloped regions across the world. Reports about various similar cases suggest that the practice of smuggling migrants into developed countries has become a recurring problem in the world.

The distribution becomes even more skewed when the question is asked again to IR scholars in the United States in TRIP Snap Poll III: Seven Questions on Current Global Issues for International Relations Scholars. 52.58 percent of the total 1335 respondents believe that immigration to the United States should be increased, while only 5.62 percent of the respondents believe it should be decreased.

The responses of the IR scholars in the TRIP surveys reveal the relatively positive attitude of academics towards immigration. Although the surveys did not specify undocumented immigrants or refugees from other kinds of migrants, they still show the shared belief among most IR scholars world that immigration should be encouraged rather than suppressed whether in the U.S. or across the world.

However, when the question of the surveys is specified into different kinds of immigrants, the answers of the scholars did not change much. In the 2014 TRIP faculty survey, scholars across the world are asked about their attitudes towards the migration of high-skilled immigrants into their own country. 35.51 percent of the respondents chose strongly agree and 42.38 percent chose agree when they are asked whether programs that encourage immigration by high-skilled workers would benefit the economy of their country. With less than 10 percent of the respondents answering disagree or strongly disagree, the result shows that the scholars’ views of high-skilled, documented immigrants are generally positive. Contrary to the arguments by many conservative politicians that portray immigrant workers as potential competitors for local workers and threats to the local economy, most IR scholars around the world believe that encouraging high-skilled workers and documented immigration would positively influence the economy of their home country. 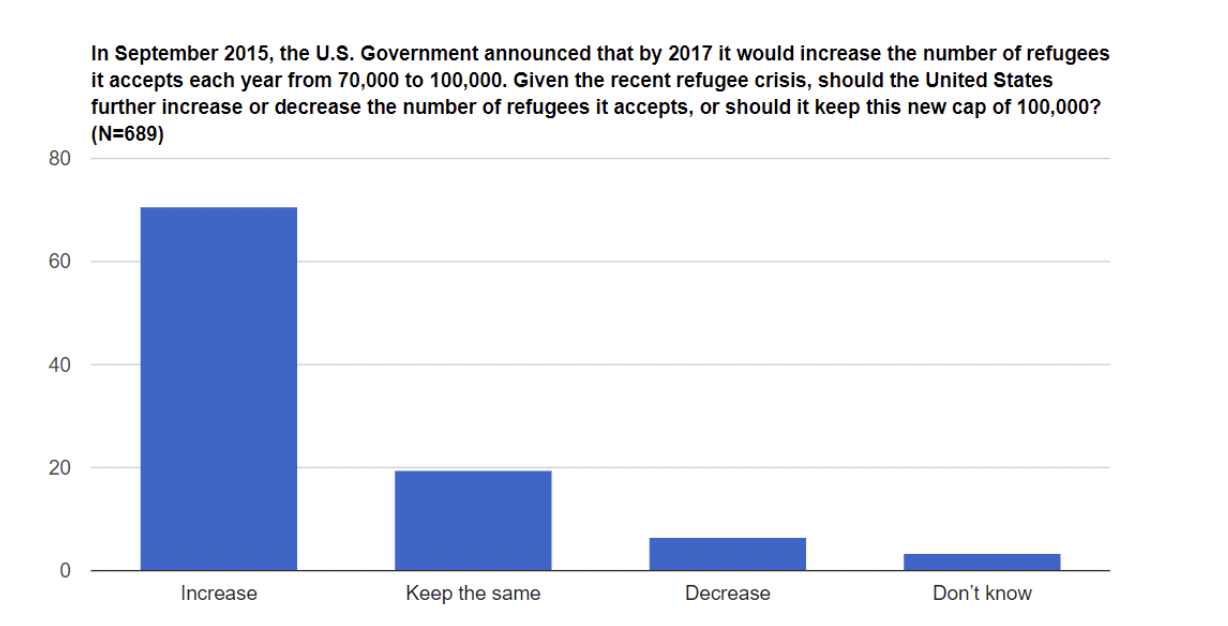 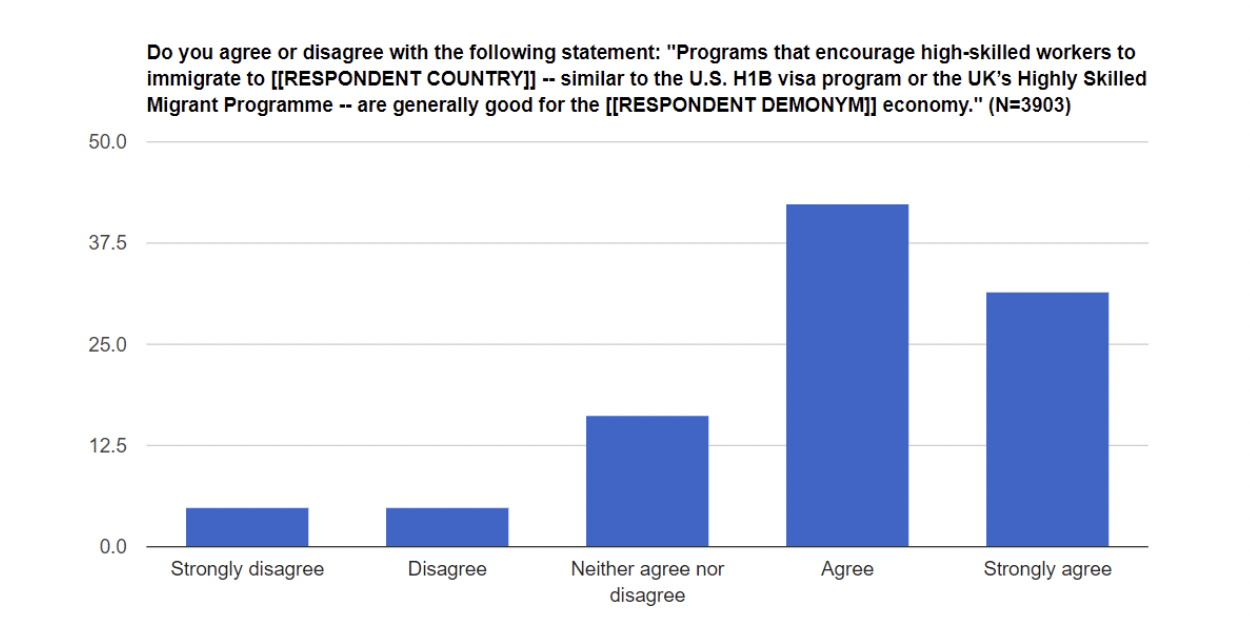 In conclusion, despite the rising political debates over the government policies toward immigrants, IR scholars whether in the U.S. or across the world believe that increasing immigration would provide more benefits rather than threats to different countries in the world. More welcoming immigration policies would also contribute to humanitarian efforts by providing more opportunities for refugees across the world and prevent tragedies such as the truck deaths in the UK from happening again. The views of scholars suggest that opening up the countries to immigrants would be a win-win solution to both the local governments and immigrants across the world.

Patrick Zheng is a sophomore at William & Mary. He intends to double major in History and Economics. Patrick is interested in International Relations and Civil Rights issues. He has worked as a research assistant with Professor Betsy Konefal on her project studying human rights violations during Guatemalan Civil War. He was also a member of a research team based in the William & Mary Diplomacy Lab, studying social media in Turkey. This summer, Patrick is excited to see the connections TRIP is building between academia and policymakers.