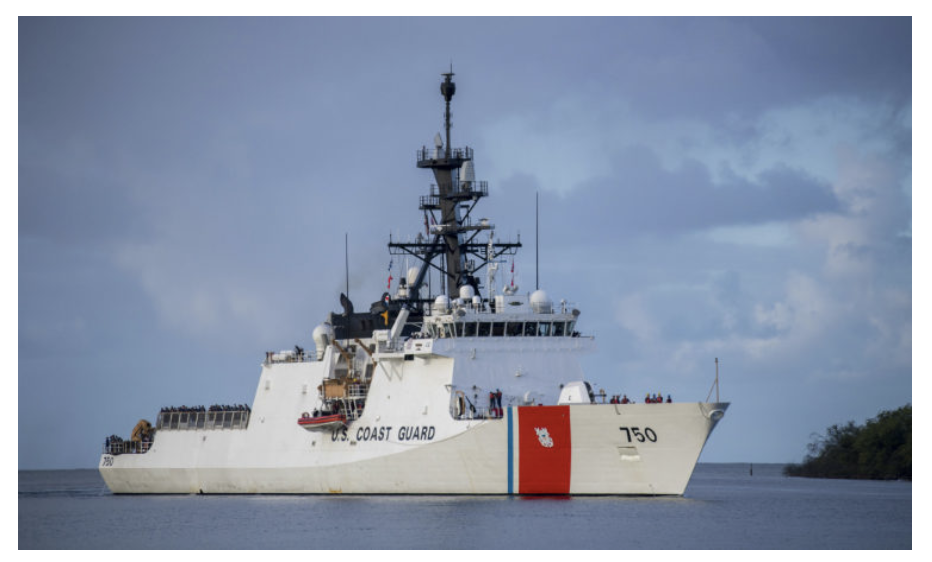 In September of 2018, China denied USS Wasp a port visit in Hong Kong. While U.S. presence in Hong Kong is strong; the U.S. Navy alone normally visits between 60-80 times a year, this refusal of entry signals tensions between the U.S. and China. The Chinese Communist Party carried out the action, but it may have some traction within the American International Relations academy. 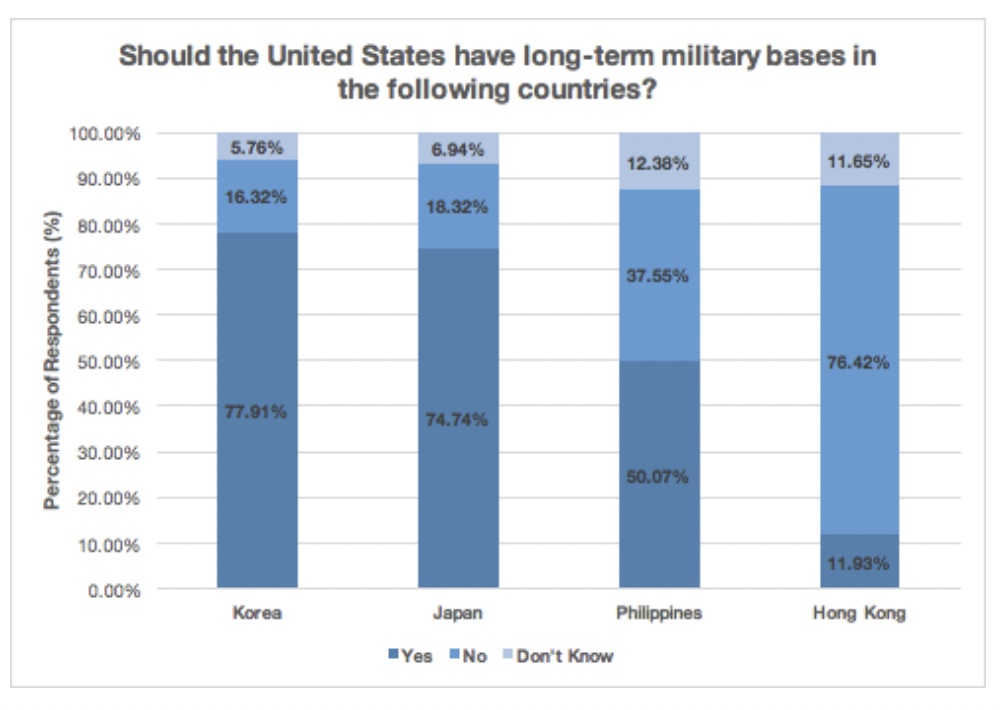 A TRIP survey fielded in November 2017 asked respondents “Should the United States have long-term military bases in the following countries?” and gave a list of 17 different countries in Europe, Latin America, and Asia. In Asia, respondents examined the U.S. military presence in Korea, Japan, the Philippines, and Hong Kong. Hong Kong stands out as the only Asian country where the majority of respondents said no. There are many motivations behind why American International Relations scholars push for withdrawal from Hong Kong.

Hong Kong is a Catch-22 for U.S. grand strategy: not involve itself in Hong Kong and leave Chinese influence in the South China Sea unmitigated, or provoke China and risk confrontation by remaining there with a military presence.

Hong Kong is a prime location to contain the Chinese sphere of influence. Hong Kong’s geostrategic importance for shipping in the South China Sea, as well as its long political history of being unique from the mainland make it an impactful place to limit influence from the source. Having a large military presence there would be offensive to the Chinese, allowing them to retaliate in par. However, not being there means leaving China’s influence unlimited, spreading further across the South China Sea. This is only further complicated by the history of Hong Kong and current movements in Hong Kong.

The shift in interest in having a base in Hong Kong comes at a time where Hong Kong-Chinese relations are at a boiling point. Relations between the Special Administrative Region and the Mainland have been at their worst since 2014, when the student-led Umbrella Movement championed democracy against an ever-encroaching Chinese administration. While there have been steps by Hong Kong’s Legislative Council to quell these movements, there remains growing dissent towards the continued integration of Hong Kong back into China. The history behind this dissent is a story for another time, but here’s a link to a summary video by Vox explaining Hong Kong’s conflicted relationship with China.

The fear of getting embroiled in growing domestic dissent could be a potential reason why scholars believe that withdrawal is the best policy. As conflict continues to grow, it will be harder for the U.S. to explain its port visits. It also makes visiting the city riskier for servicemen.

It is now harder to justify maintaining a long-term military base in Hong Kong. The era of Hong Kong’s geostrategic importance to the United States is coming to an end. At least, for International Relations Scholars.

Authors Note: This is a story very close to my heart. Growing up in Hong Kong during the Umbrella Movement, as well as enjoying the hot summer afternoons on Fenwick Pier (a former U.S. base in Hong Kong) were some of my favorite moments. This is a very brief and America-centric understanding of the issues discussed between Hong Kong and China. I implore you to explore more about this issue, especially after the events of this weekend.

Marc Dion is a graduate of William & Mary’s class of 2019. He majored in International Relations and minored in Asian and Middle Eastern Studies. Marc has worked at TRIP for 2 years as a Research Assistant. His interests include organizational culture, U.S. foreign policy, and the ongoing conflicts in the Middle East.